Get the Buy-In to Disrupt Shooting Cycles with Surgical Precision

What's in the Webinar

Hear from Peoria and Milwaukee Police as they share insights on how ShotSpotter augmented their gun crime approach to yield optimal results. Chief Marion and Chief Morales walk through specific challenges they've overcome and ways they gained buy-in for a gunshot detection system from city leaders and community members.

Join this webinar to learn:

Complete the form below to access this webinar on demand. 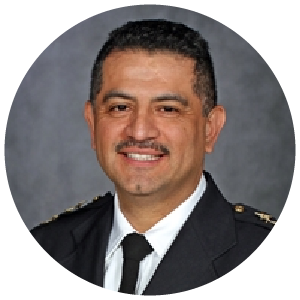 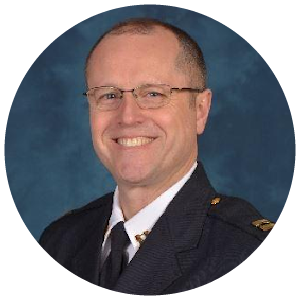 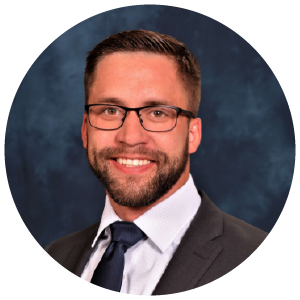 Chief Morales was appointed to the Milwaukee Police Department in 1993. As an officer, Chief Morales was assigned to District Two and the Vice Control Division. In 1999, he was promoted to Detective and worked in the Criminal Investigation Bureau where he worked various assignments from burglaries to robberies to homicide. From 2003 until 2009, he served as Lieutenant in the Criminal Investigation Bureau where he managed the night shift Gang Crimes Unit and Homicide Unit. In 2010, he transitioned to the Patrol Bureau where he managed the detective decentralization project in District Three. In 2013, Chief Morales was promoted to the role of Commanding Officer of District Two, which encompasses part of Milwaukee’s South Side and is comprised of more than 87,000 residents. He also ran MPD's Project Safe Neighborhood-High Value Target program, a department-wide initiative designed to reduce violent crime by focusing enforcement efforts on some of the worst gun offenders in our community. On February 15, 2018 Captain Morales was named as the Interim Chief of Police for the Milwaukee Police Department. On April 5, 2018 Morales was named Chief of Police.

Chief Morales holds a Bachelor’s degree in Criminal Justice from Carroll University in Waukesha, has taken masters level classes at the FBI National Academy in Quantico, Virginia, and is a graduate of the Senior Management Institute for Police (SMIP).

Chief Marion began his career with the Peoria Police Department in October of 1994.  During his career, Chief Marion has worked in Patrol, the Community Area Target Team, the Street Crimes Unit, the Vice and Narcotics Unit, and the Target Offender Unit. Chief Marion also held the collateral duty of Task Force Officer with the Drug Enforcement Administration (DEA).

Over his career, Chief Marion has received two distinguished service awards, the American Legion meritorious service award, and was officer of the year in 2008.  In 2013 Chief Marion attended Northwestern University Center for Public Safety School of Police Staff and Command (class #345) and was awarded the Franklin M. Kreml leadership award.  Chief Marion has also received several letters of commendation.

Chief Marion is a life-long resident of Central Illinois and served his country in the United States Army prior to becoming a police officer.

Jacob began his career in 2016 as a DOD Criminal Intelligence Analyst with the Illinois National Guard Counterdrug Task Force. While with the task force, he worked for Illinois State Police at the State-Wide Terrorism and Intelligence Center, and began working for the Alcohol, Tobacco, Firearms, and Explosives Agency (ATF). In 2017 the ATF assigned Jacob to work with the Peoria Police Department (PPD) where he assisted the Target Offender Unit with NIBIN and gang correlation. In 2018, Jacob successfully assisted the ATF, PPD, and the United States Attorney’s Office with a Federal RICO case against a major crime group in the Peoria Area by using ballistic intelligence.

Jacob is also a Security Forces Technical Sergeant in the Illinois Air National Guard. In his 7 years of service, Jacob has deployed to over 20 countries in support of various Air Force missions. For his efforts while deployed, Jacob was awarded the Air Force Achievement Medal and in 2017 was awarded the Air Force Commendation Medal due to his support with hurricane relief in Puerto Rico. For his work in NIBIN analysis, he was awarded the Distinguished Service Civilian Personnel Award from the Peoria Police Department in 2018.

Jacob is currently working for the PPD as the department Crime Analyst and will graduate in August of 2019 with his Bachelor’s degree in Law and Social Justice.